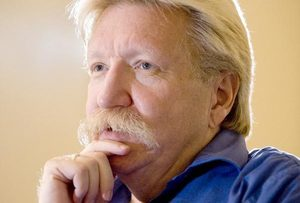 “On July 30, 2009 Lighthart flagged down a bus driver outside Discovery Park. He was dehydrated, had no ID but was carrying $600 in his sock. He was admitted to Swedish Medical Center’s Cherry Hill campus, where he tried to organize the snippets of memories into clues. ….But the man who walked out of Discovery Park  says none of the truth about the real Edward Lighthart yet rings a bell. It’s not that he doesn’t believe that’s really him. He said he just doesn’t completely remember inhabiting Lighthart’s life.”

What Is A Liminal Map?

Spooky things happen every day all around us! Instead of brushing these peculiar moments and bizarre encounters off as chance, or mere coincidence, what if we talked about them, mapped them, and tried to decode the message? Is there a specific place where you've seen fairies, ghosts, bigfoot, time travelers, extraterrestrials, ultraterrestrials, crow conferences, sentient lawn computers, lanyard'd ogres, broccoli wizards, etc.? Does your town have an urban legend you'd love to get to the bottom of? Send us your story and we might include it on our map!   liminal.earth/submit

Friends of the Map

About The Society for Liminal Cartography

Liminal Earth (originally Liminal Seattle) is a curated map maintained by the Society for Liminal Cartography. The SLC cannot officially guarantee the veracity of the accounts noted hereon, but encourage exploration and investigation. We welcome submissions from from denizens of all realms.

Email us if you have any questions: info@liminal.earth